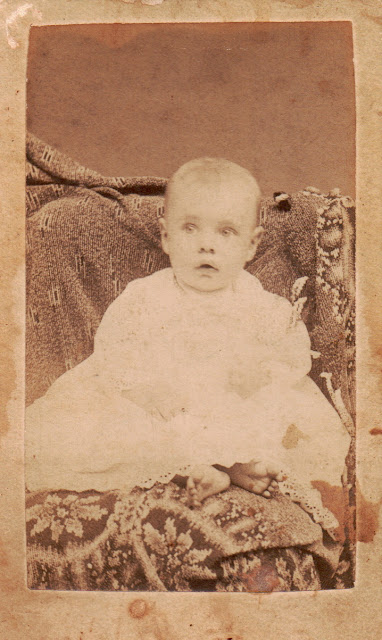 I wonder if the Victorian-era frock he was wearing is a christening gown. It sure looks like it. I have another photo of him being baptized in a river as an adult, but I wouldn't be surprised if he was baptized more than once since he he did raise a Baptist minister son (my great Uncle Bud).

Anyway, wasn't he a cutie?